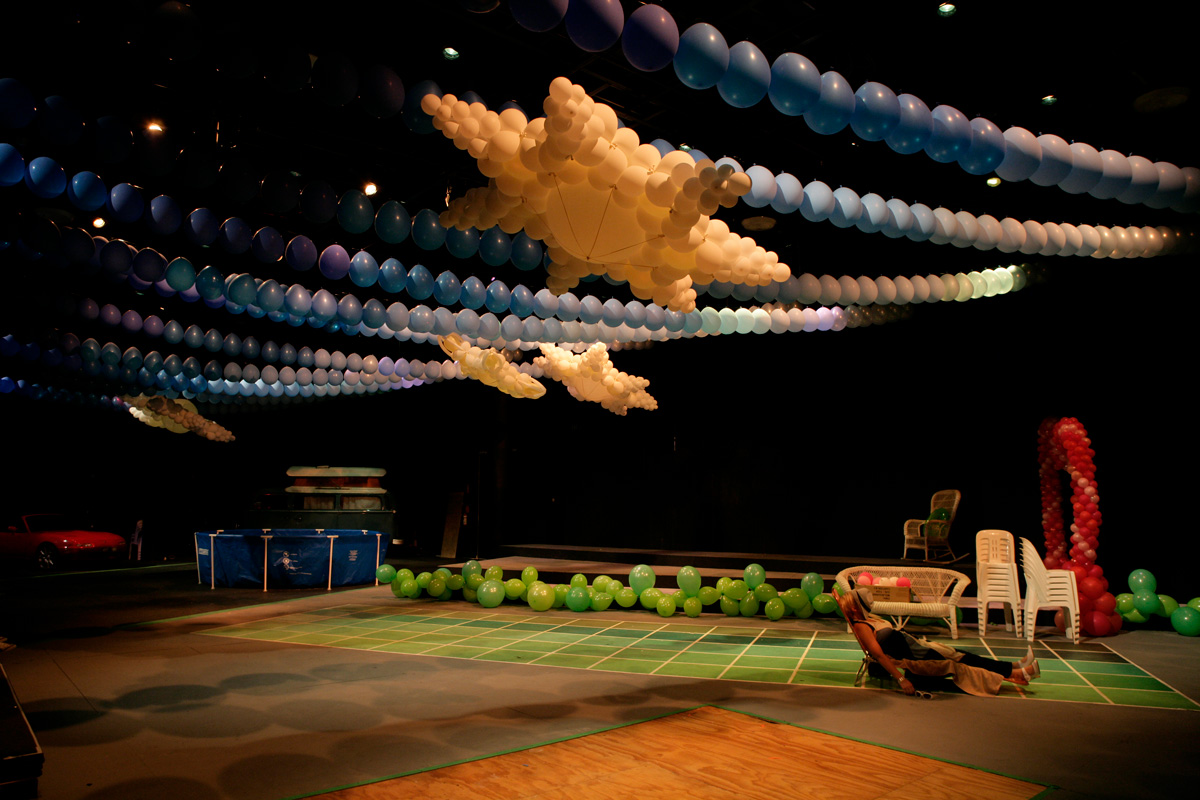 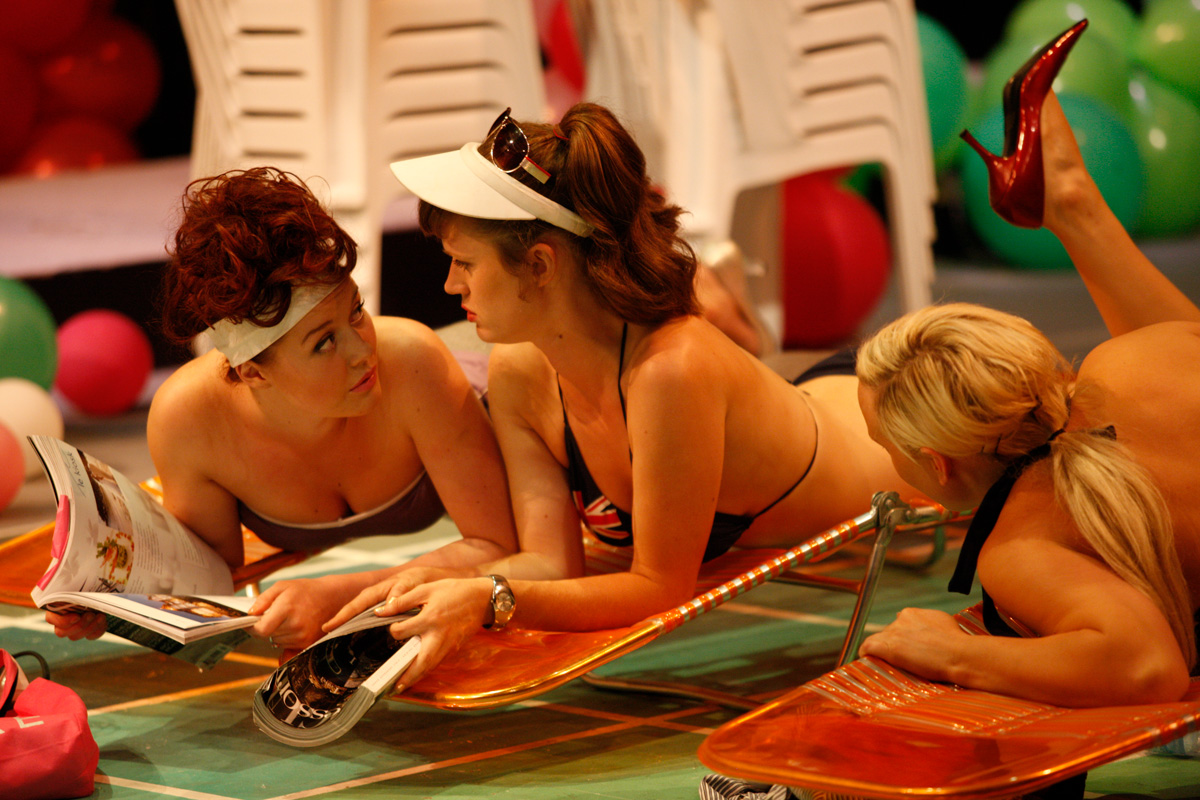 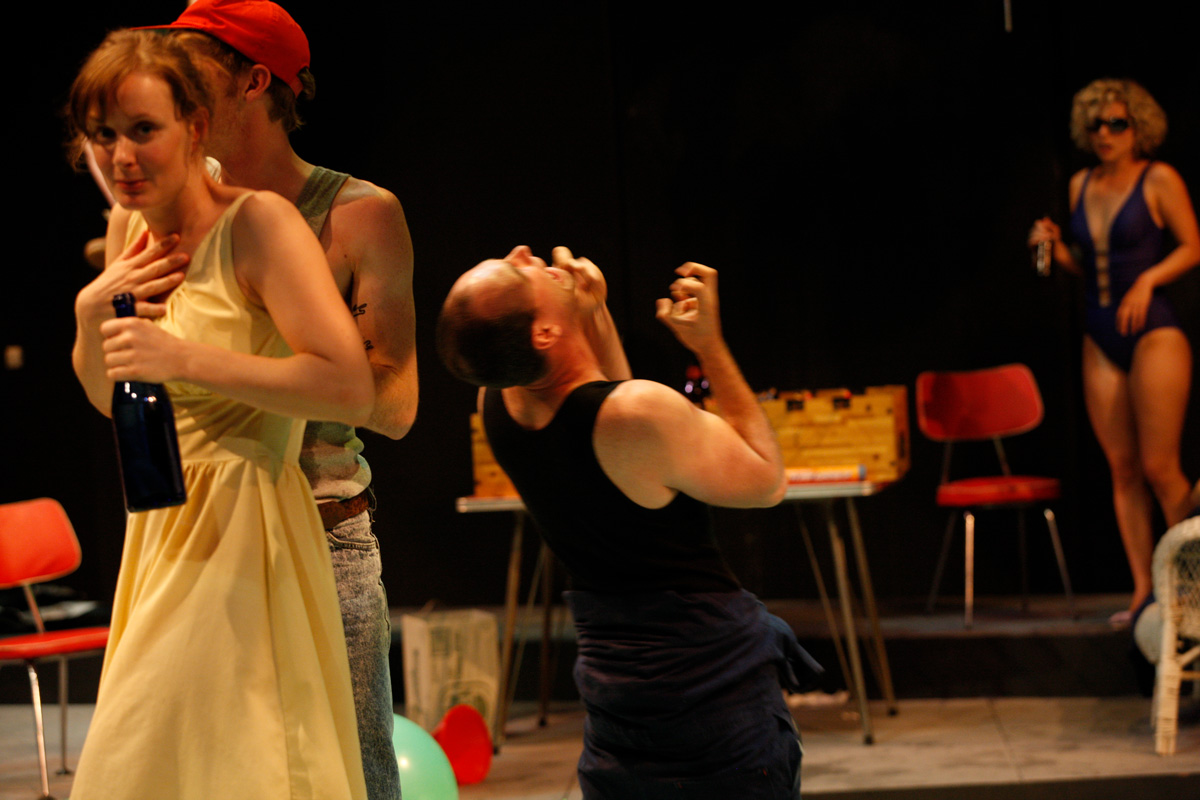 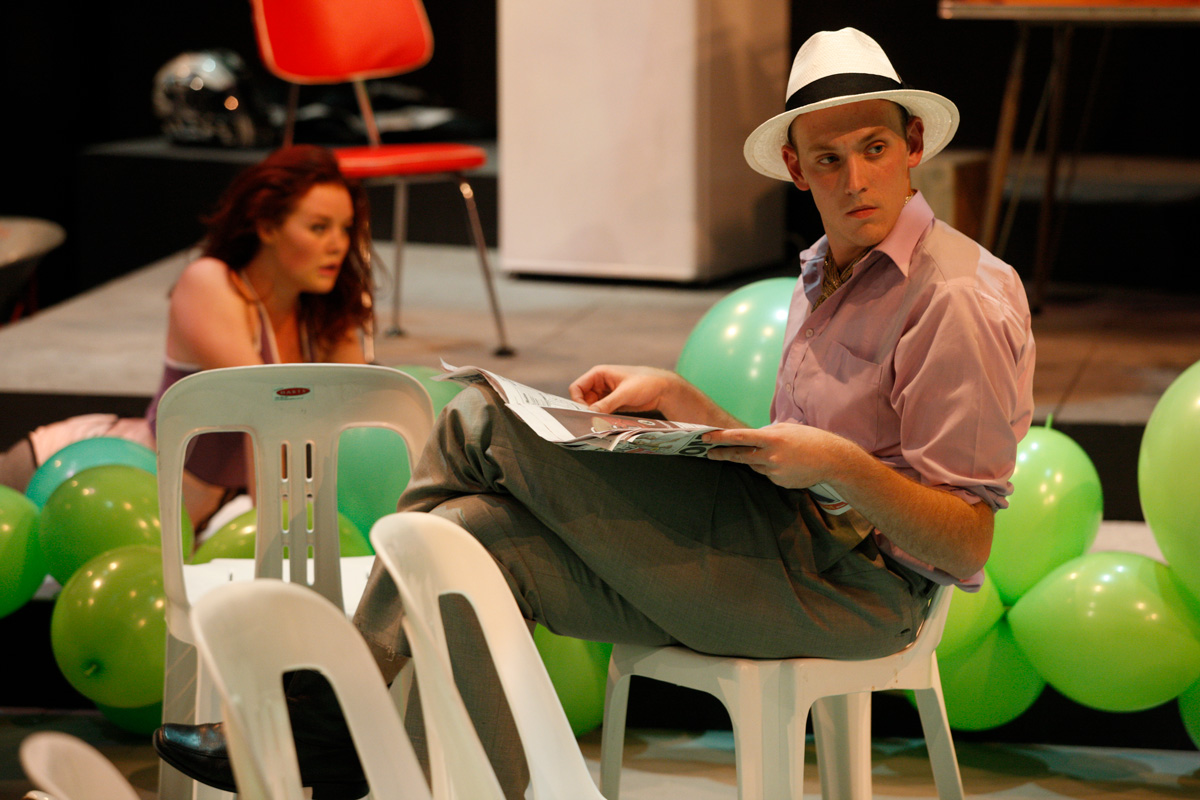 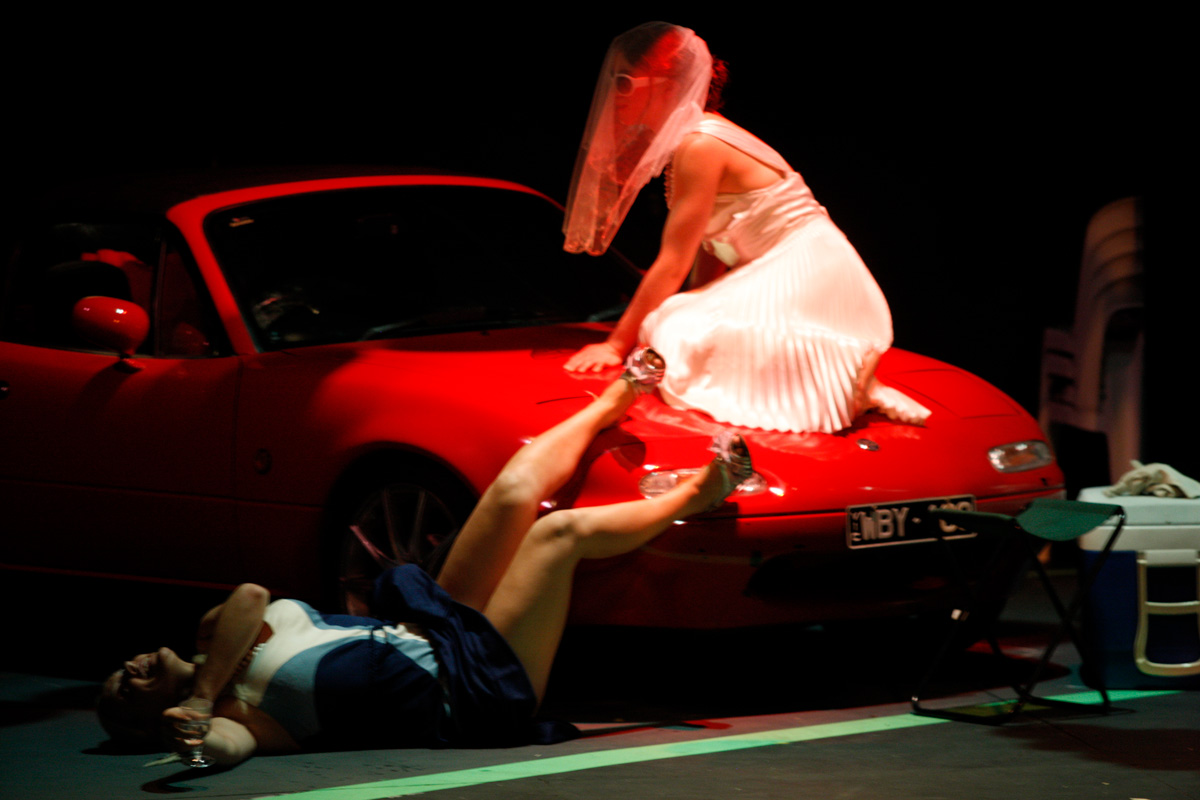 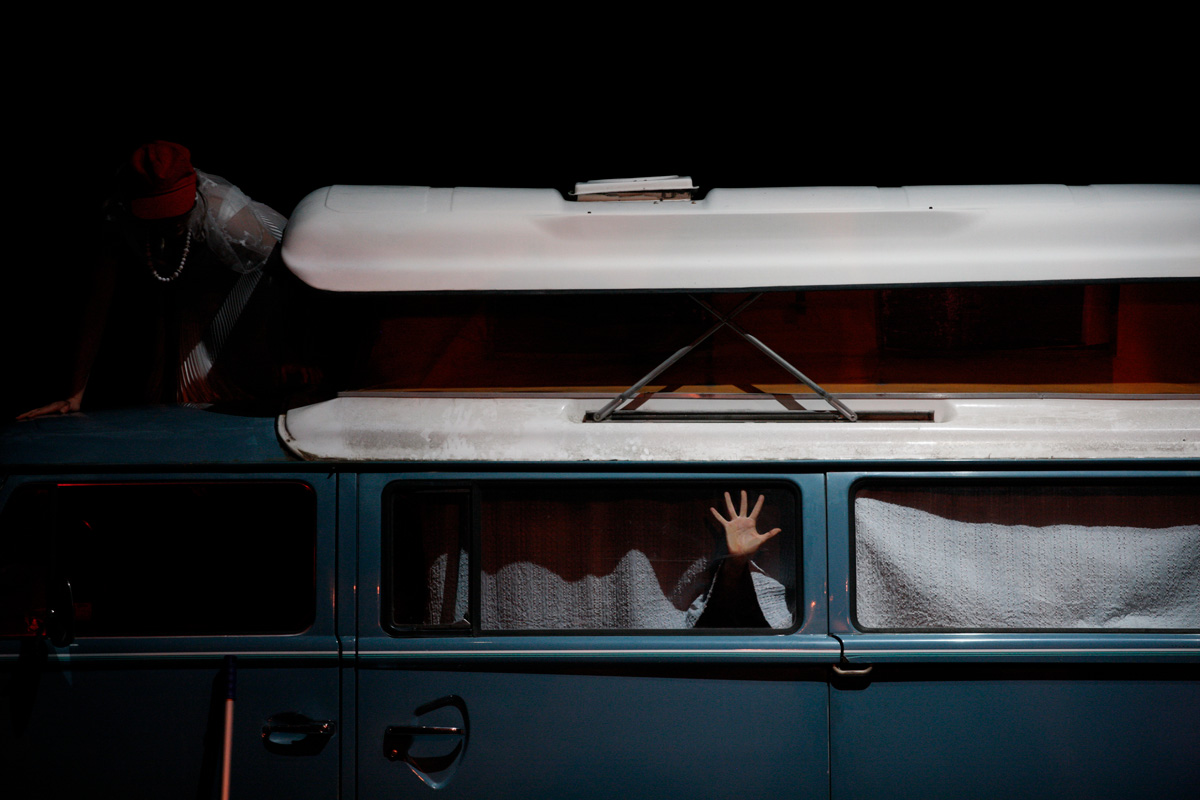 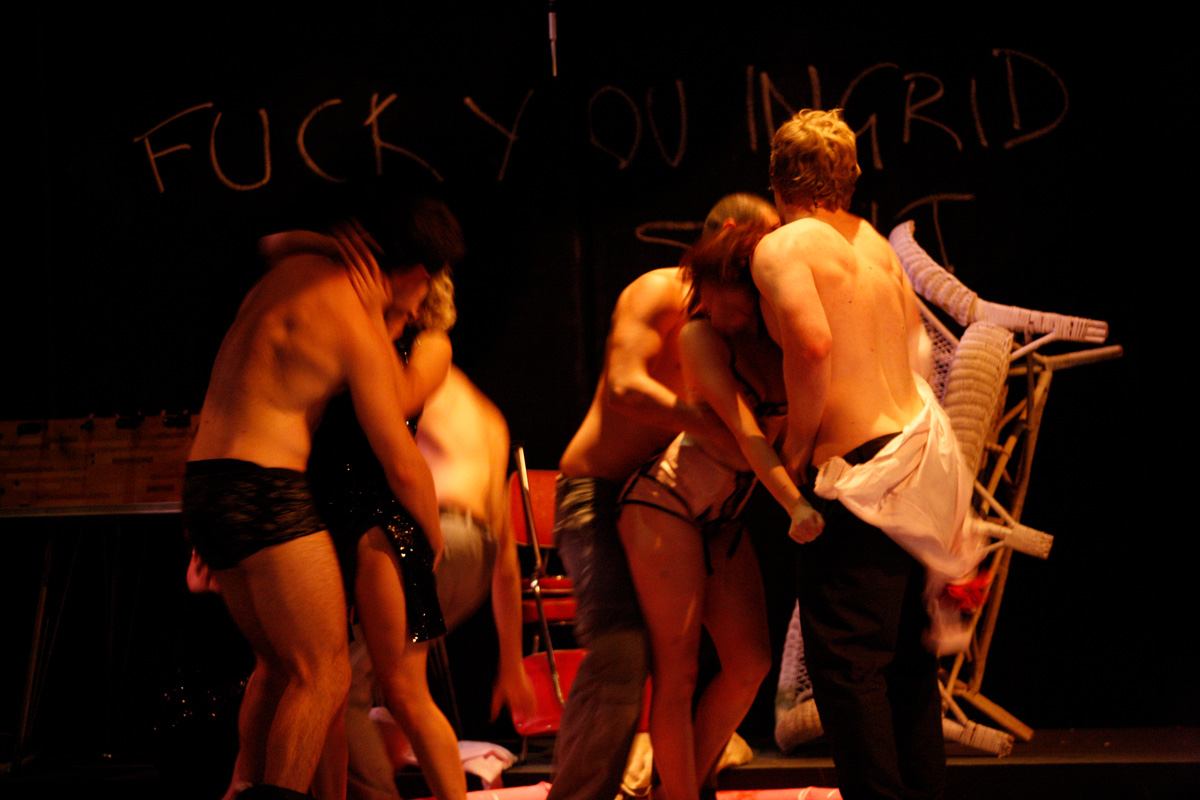 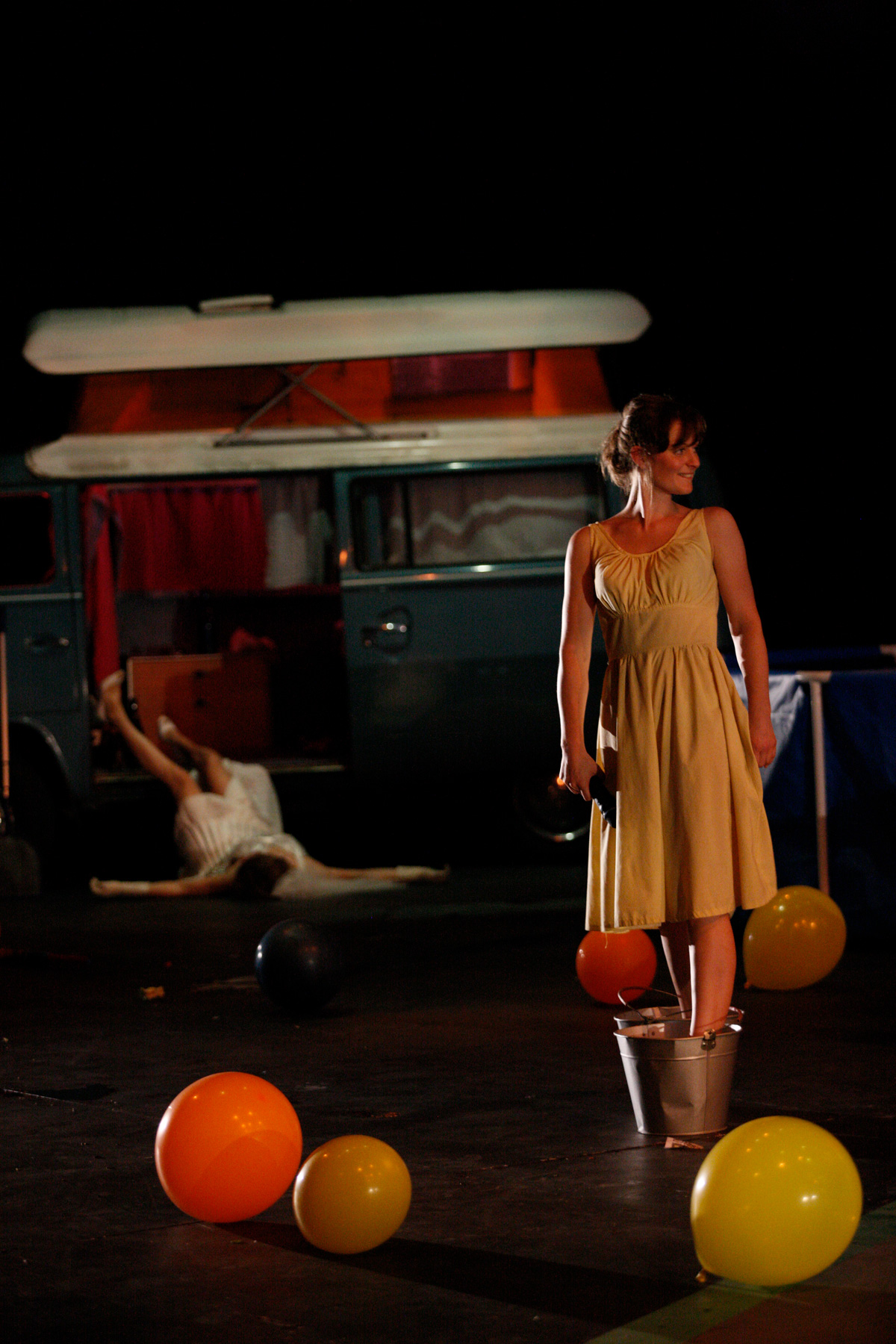 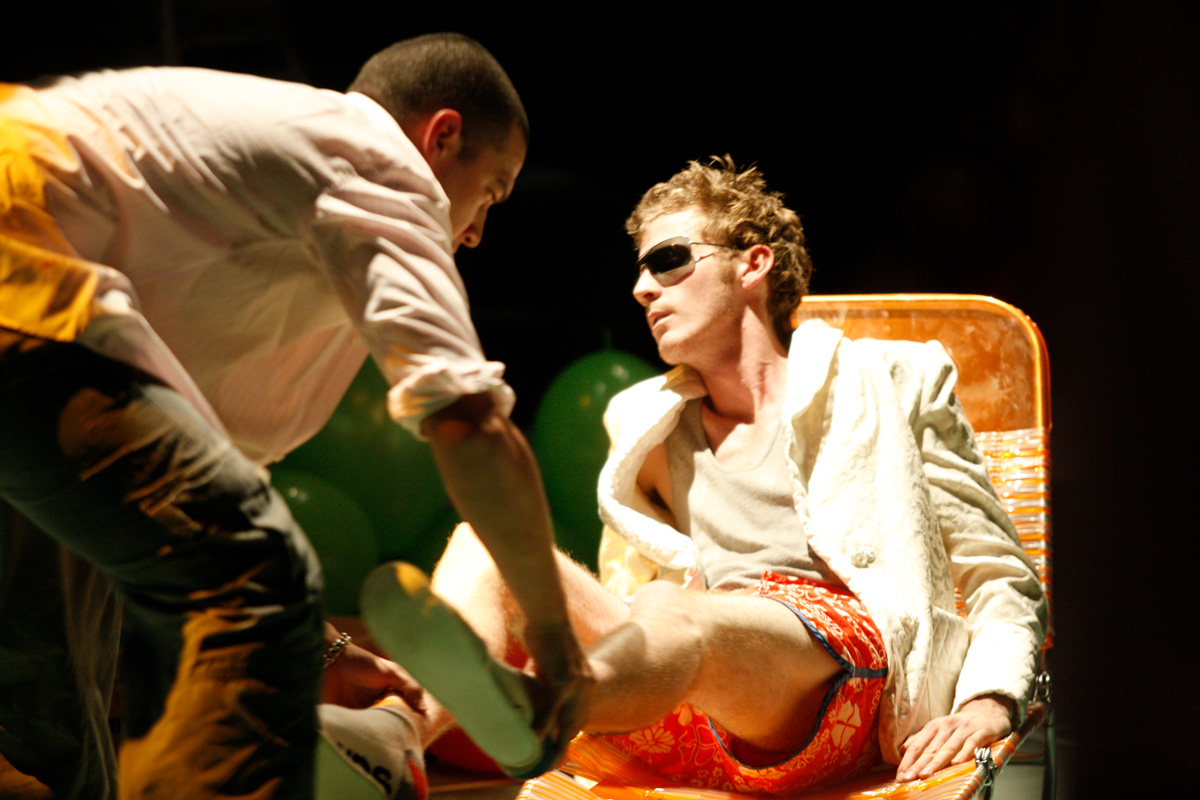 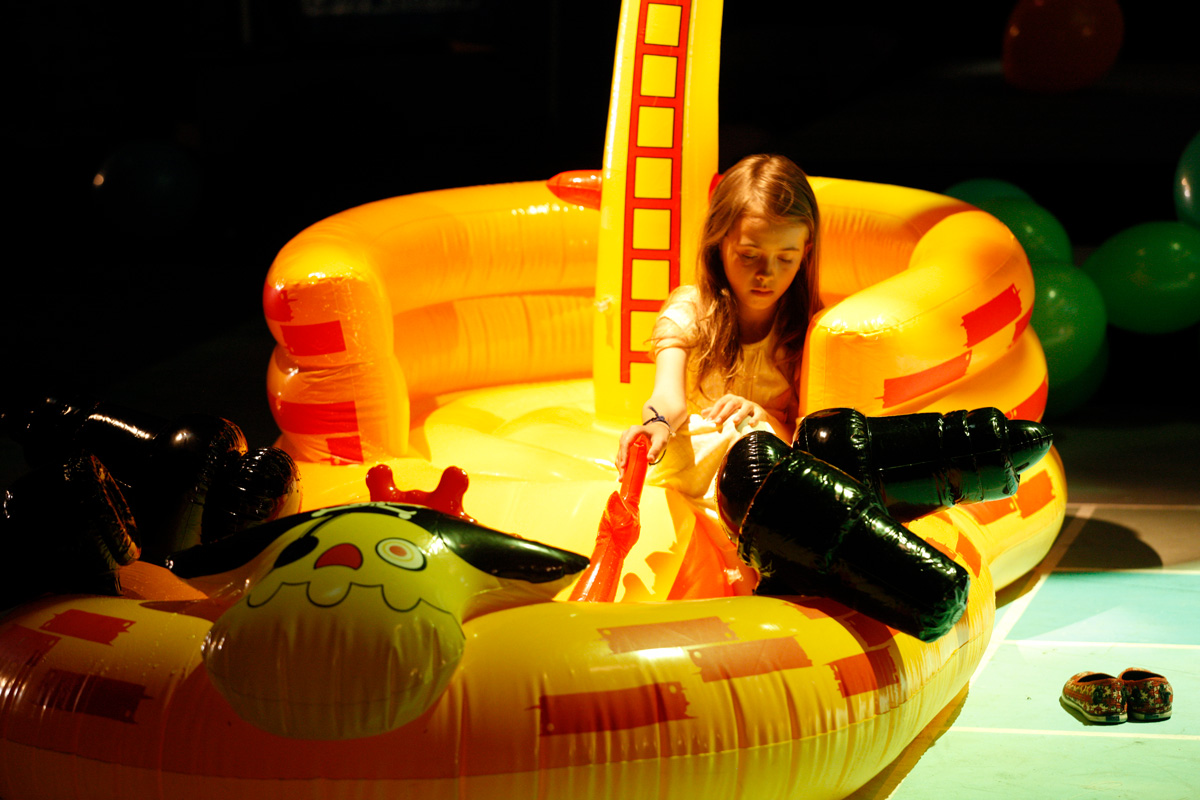 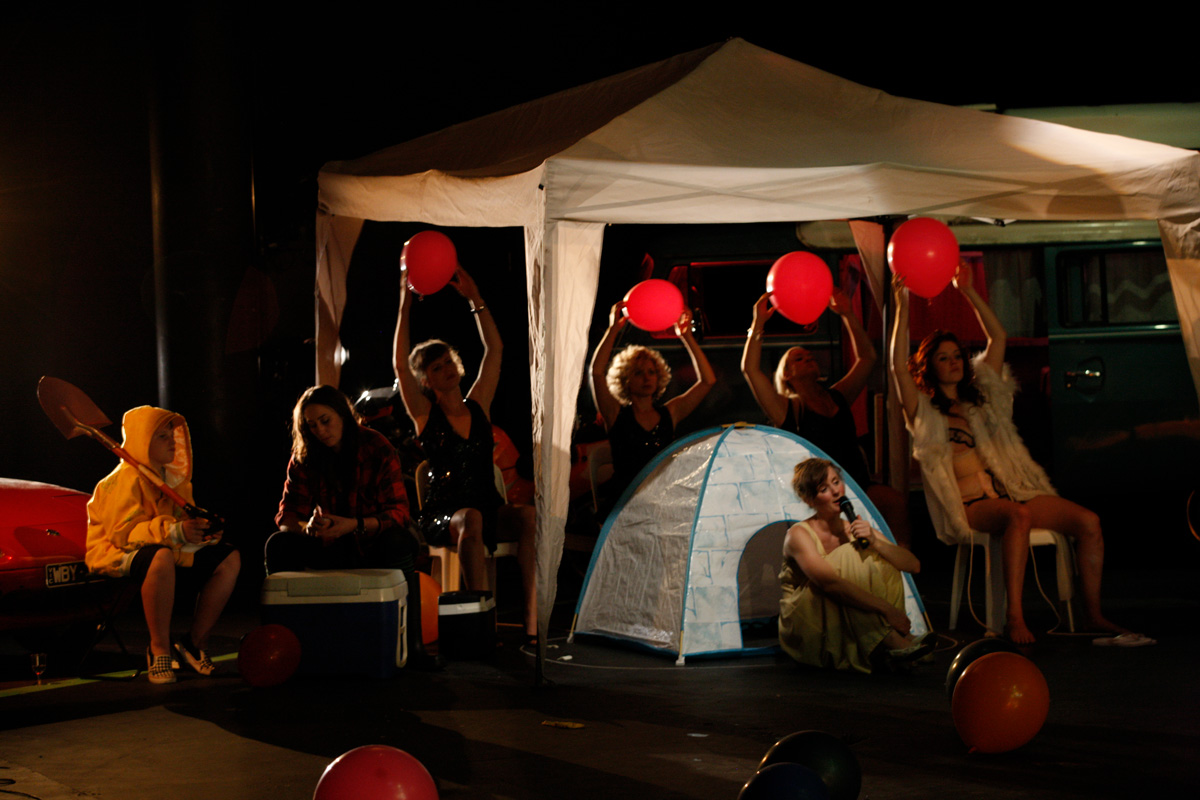 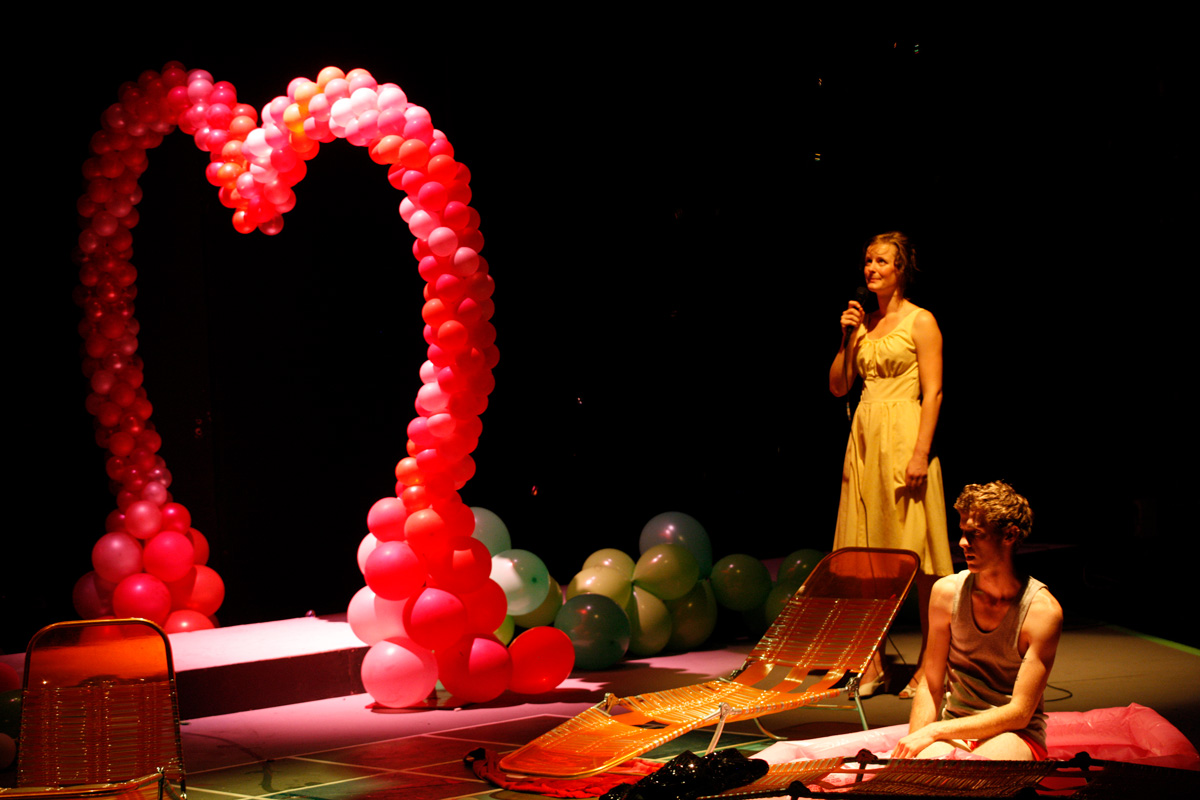 Can you tell me…
Where have I been my whole life?
You’ve been here all along; in my song,
and in my head
and in my heart.

Peer Gynt is a careening, epic tale. As a young man, Peer tells tall tales to impress his mother, boasting about his hunting and fighting prowess. An unwelcome guest at a local wedding, Peer meets the pious Solveig, before running away with the bride Ingrid. Chased into exile, Peer then tumbles into a fantastical world in which he is forcibly seduced by three young women who are dissatisfied with their husbands and descends into the Troll Kingdom where the Troll King tries to force a marriage between his daughter and Peer, threatening to cut Peer’s eyeball if he doesn’t agree. The Great Boyg is encountered, whose questions form the crux of the play’s philosophical dilemma. Peer’s demise at the hands of the Troll King is diverted by the ringing of church bells and although the bells return him to the “real” world, his adventures become ever-more fantastical. After the death of his mother he travels the world, becoming a billionaire arms dealer, a slave trader and a prophet. Another erotic encounter with the desert princess Anitra sees him lose everything in a single swoop. He returns home, an old man, haunted by a child he never had and obsessed with unravelling the mystery of Self. On return to his village, he goes unrecognised by his childhood friends who instead tell stories of the legend of Peer. Waiting for him, possibly after death as she has for her whole life, is Solveig.

“Kaingang folklore abounds in accounts of festivals that turn into massacres, and the Kaingang expression “We shall make beer for him” has decidedly sinister connotations.”
Rene Girard, Violence and the Sacred

Ibsen’s epic poem is here relocated to suburban Australia. and although there is a lot of dialogue, much of it is “low-talking”, inaudible to most of the audience. So, this Peer Gynt becomes a frame, a 2-hour panoramic dumb-show, depicting the violent reaction of suburban Australia to the misfit, the outsider. While Peer’s journey is from the hell of “ordinary people” to a phantasmagorical hell – from a contemporary hell to an unholy union of Heironymous Bosch and Howard Arkley. As alienated as the text is, Peer’s journey is pure Ibsen, a forgetting of Self and a journey “the long-way around”, to the things that really matter.

“It unravels its threads of inquiry with slow thoroughness of a Hans van den Broeck…and yet the complex performance requires no long-winded explanations before it can be fully felt. Its intellectual rigour is solid enough to allow itself wild playfulness. It is gorgeous, masterful theatre.” (Full Review)

“The urgency beneath the performance is a questioning of authenticity: of experience, of art. For all its fantastic nature and bizarre incongruities, what makes this show compulsively watchable is a profound veracity in its performances and intellectual exploration which is, all the same, radically dislocated from any sense of literal truth. It’s most true to Ibsen’s text in its poetic vision, how it has burrowed into and exploded the metaphors in the play, returning them to a surprising and vexed sense of truthfulness. It is an excoriating expose of the culture of narcissism that is nevertheless not without compassion, attending closely to the trivial details out of which people construct meaning…

…Schlusser’s re-blending of Peer Gynt is mischievous, beguiling and ultimately haunting, demonstrating that an act of creation is always simultaneously an act of destruction. He gets away with it because of the quality of attention in the direction: the stage is always focused, always dynamic, with a spatial discipline that recalls dance. If you expect to see a respectful performance of Ibsen’s text, you’ll be disappointed: the text is rather a provocation or occasion for thought. What you get instead is the chance to watch the continuing evolution of a fascinating investigation, in one of the most deeply interesting works of theatre you’ll see in Melbourne this year.”