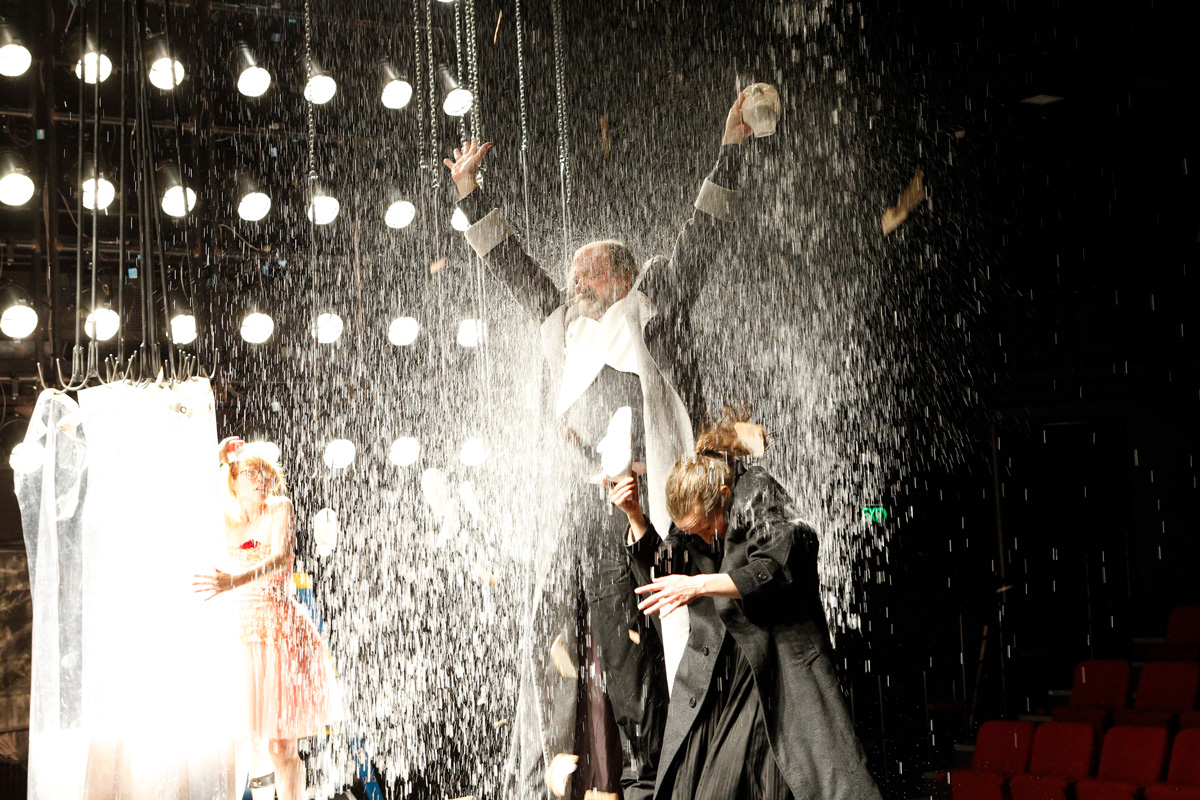 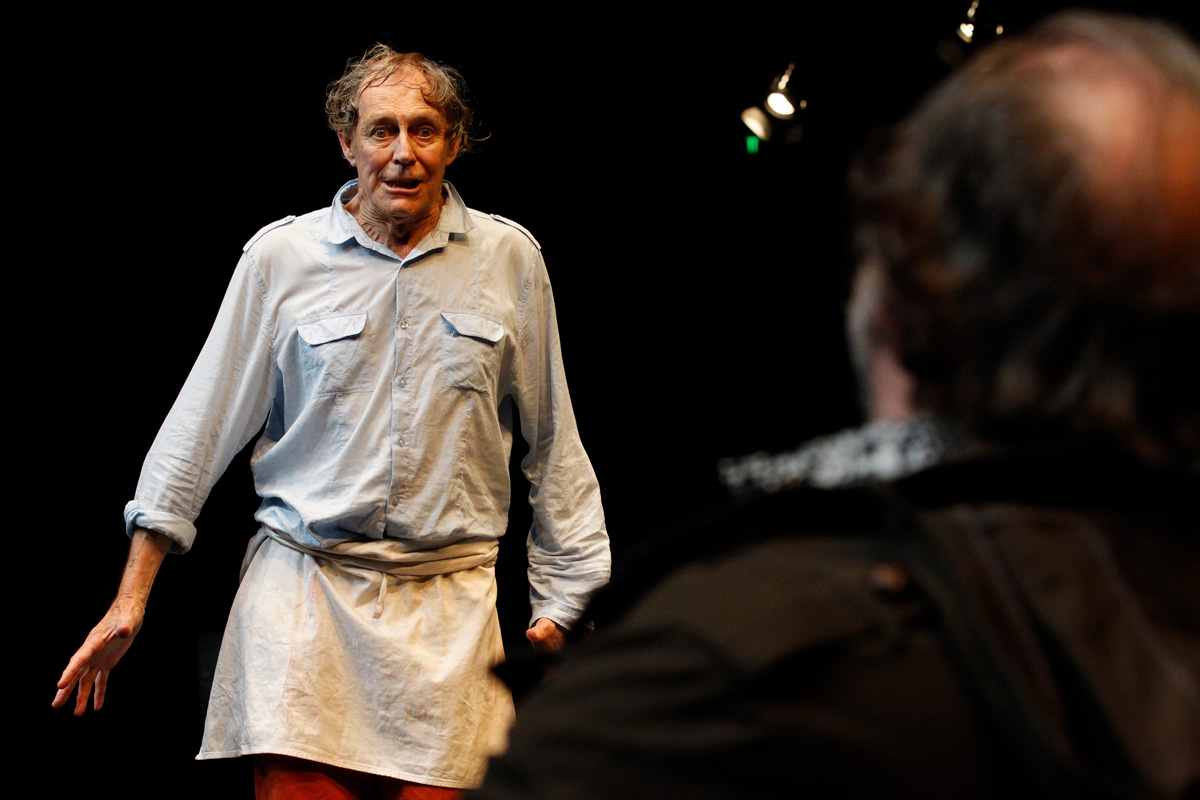 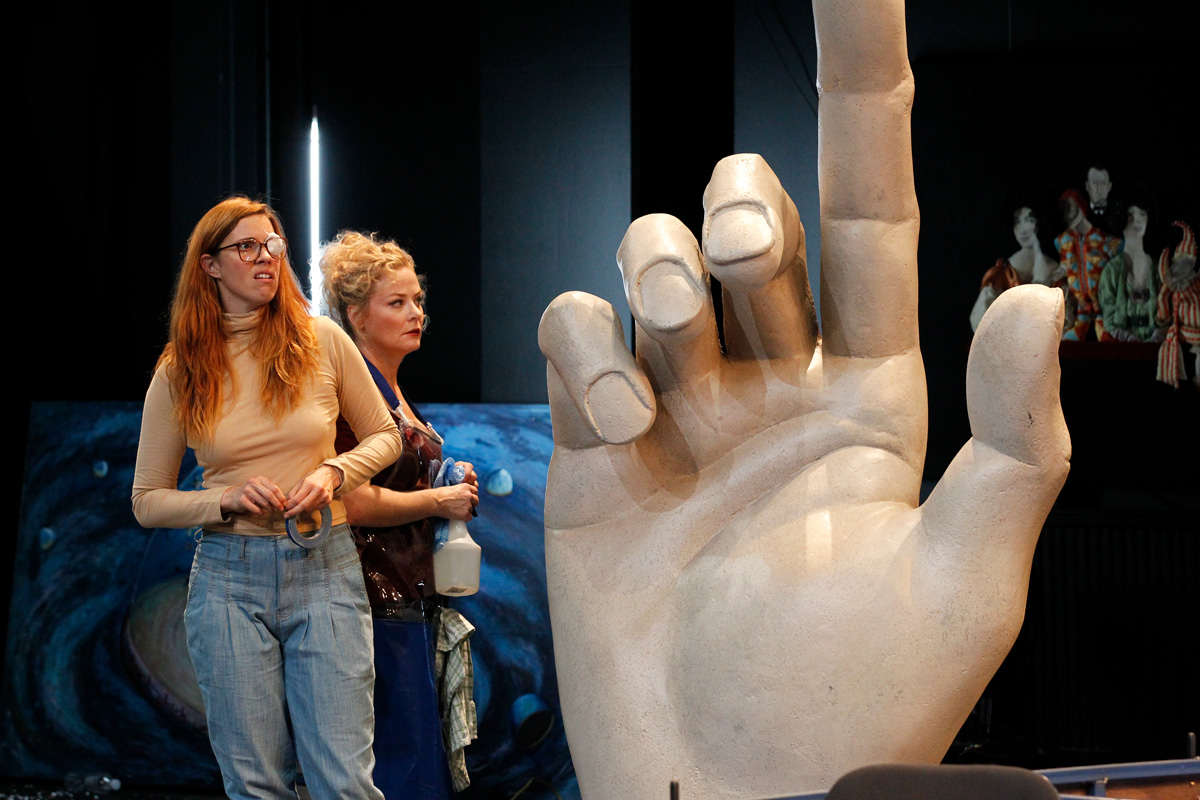 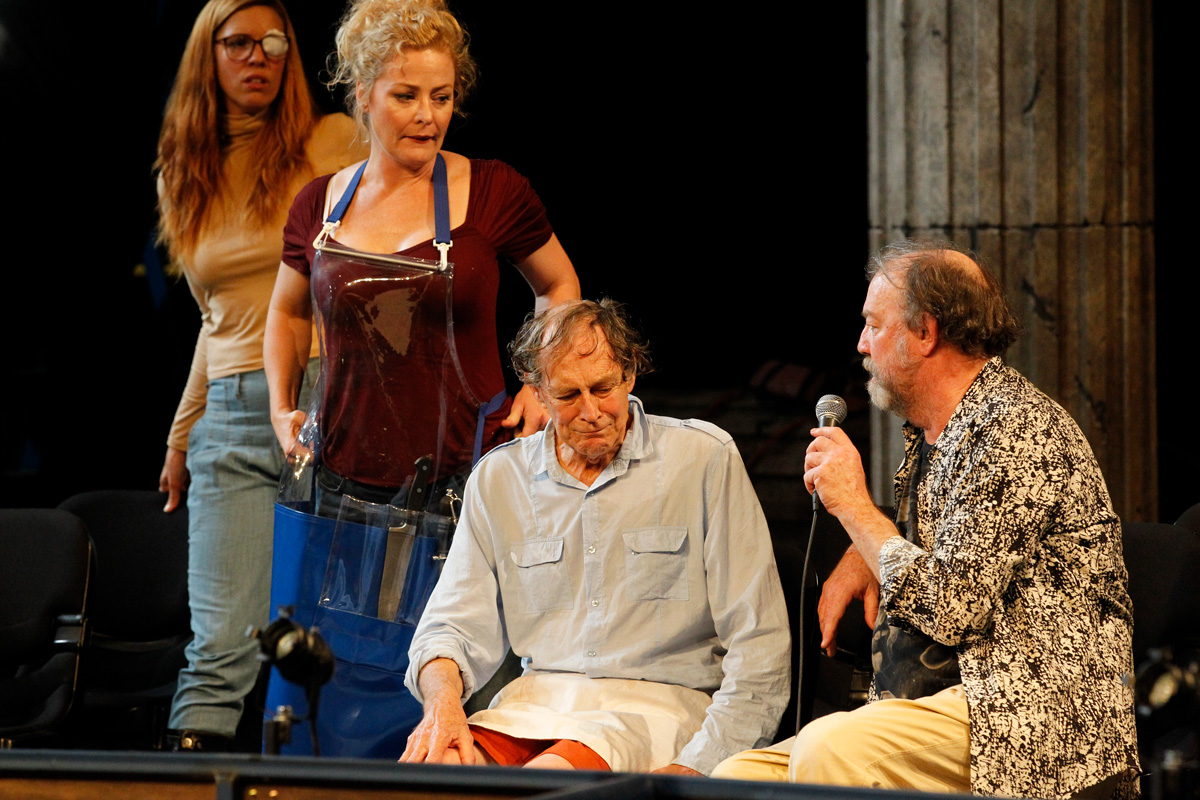 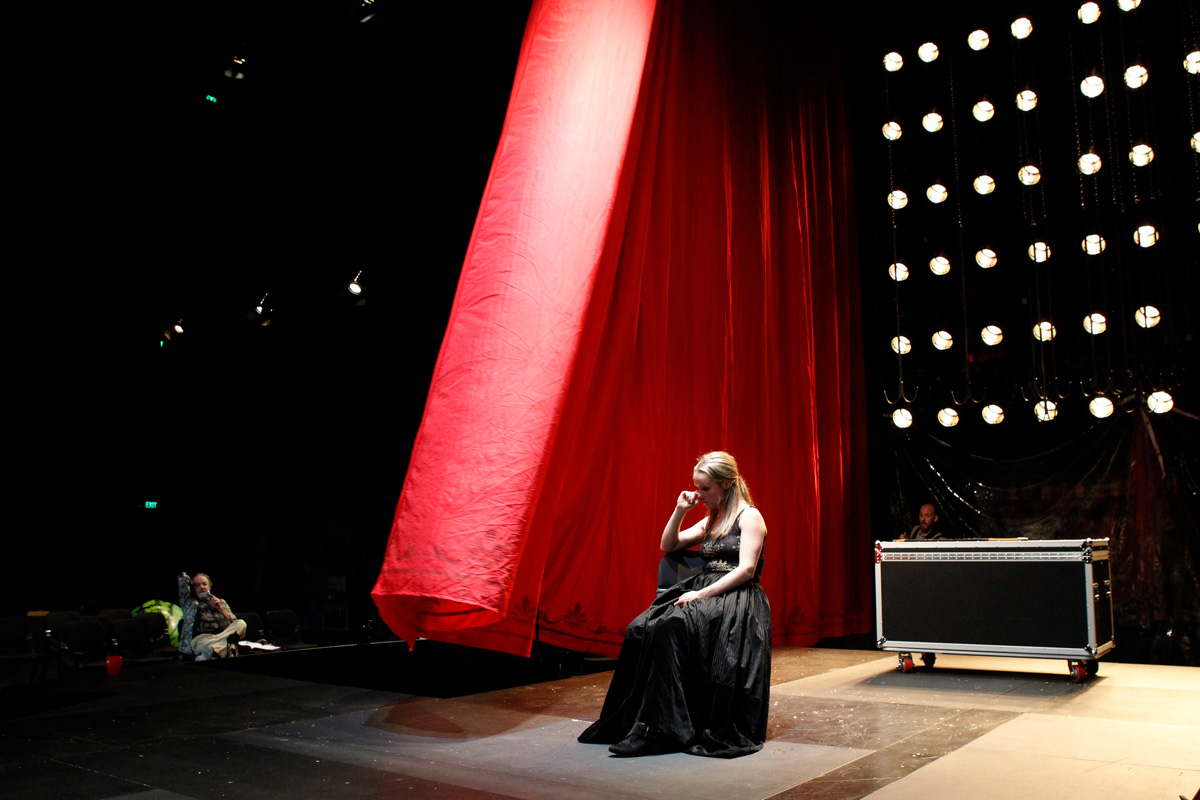 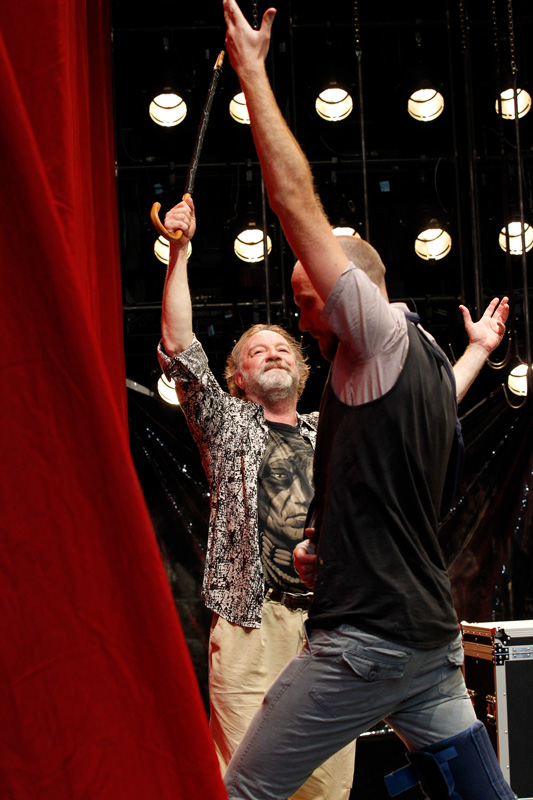 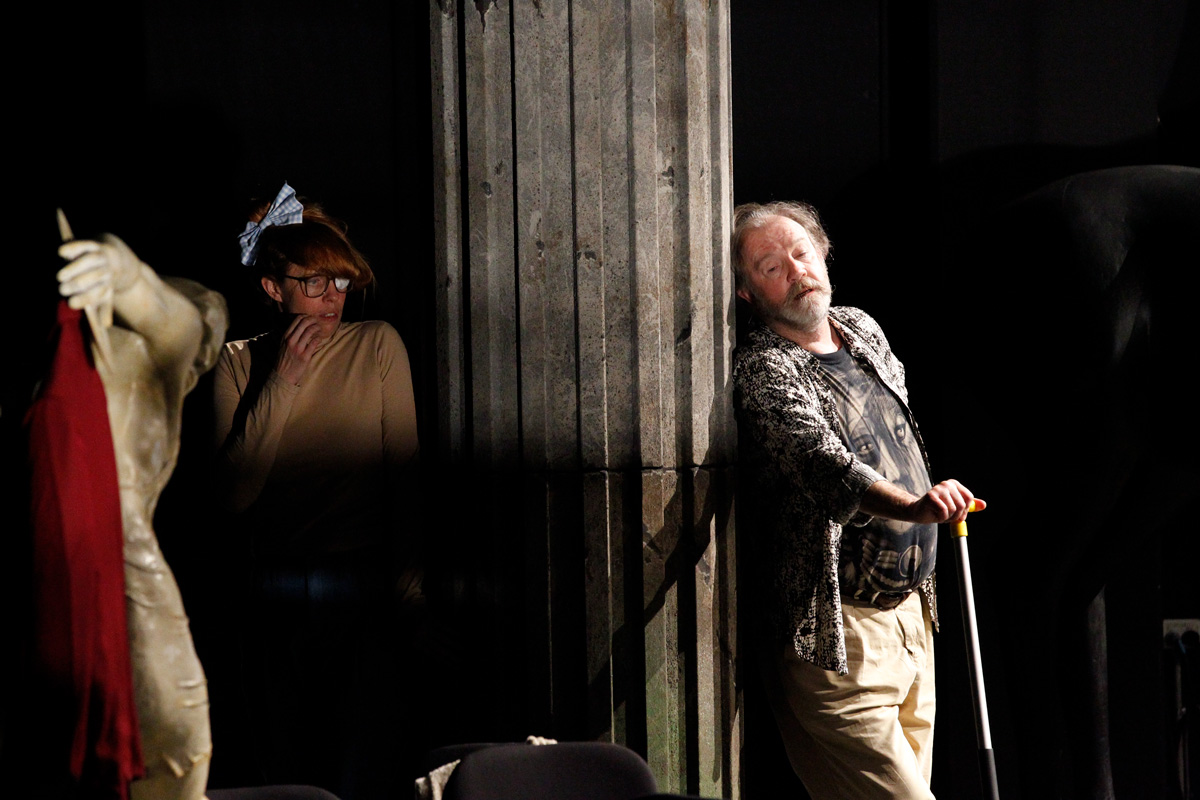 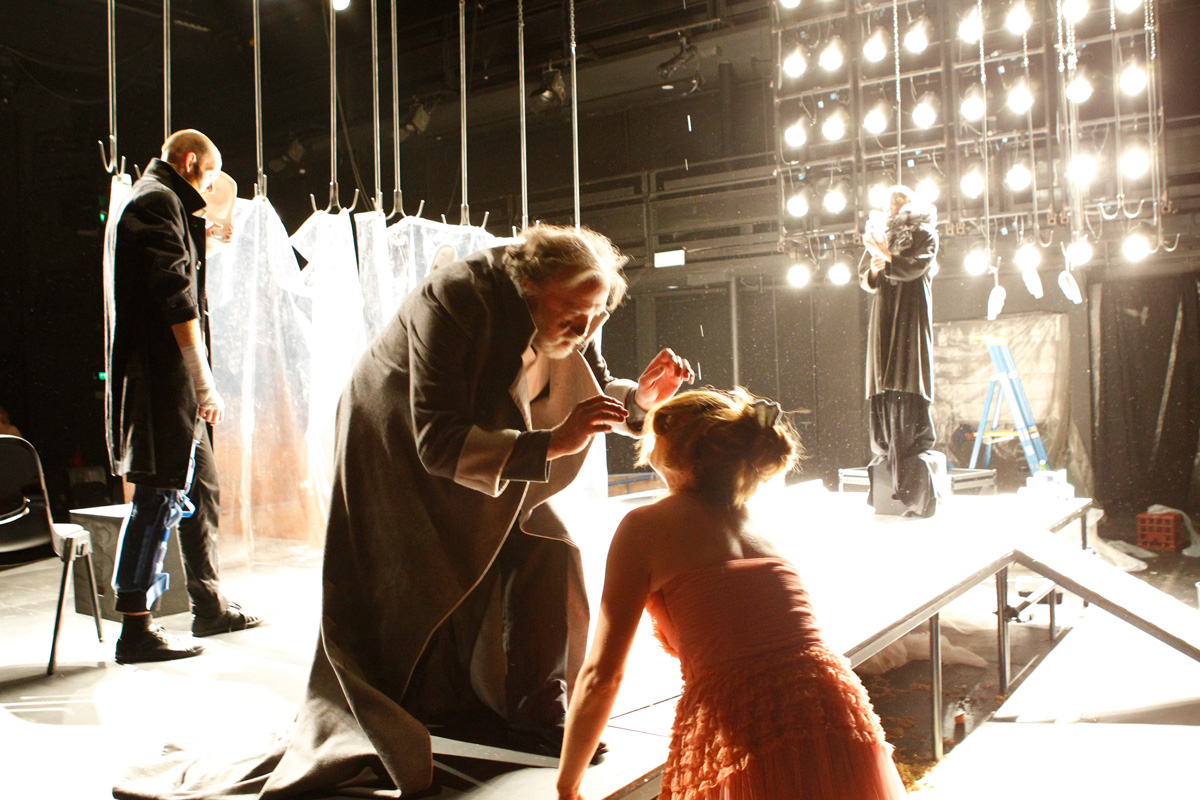 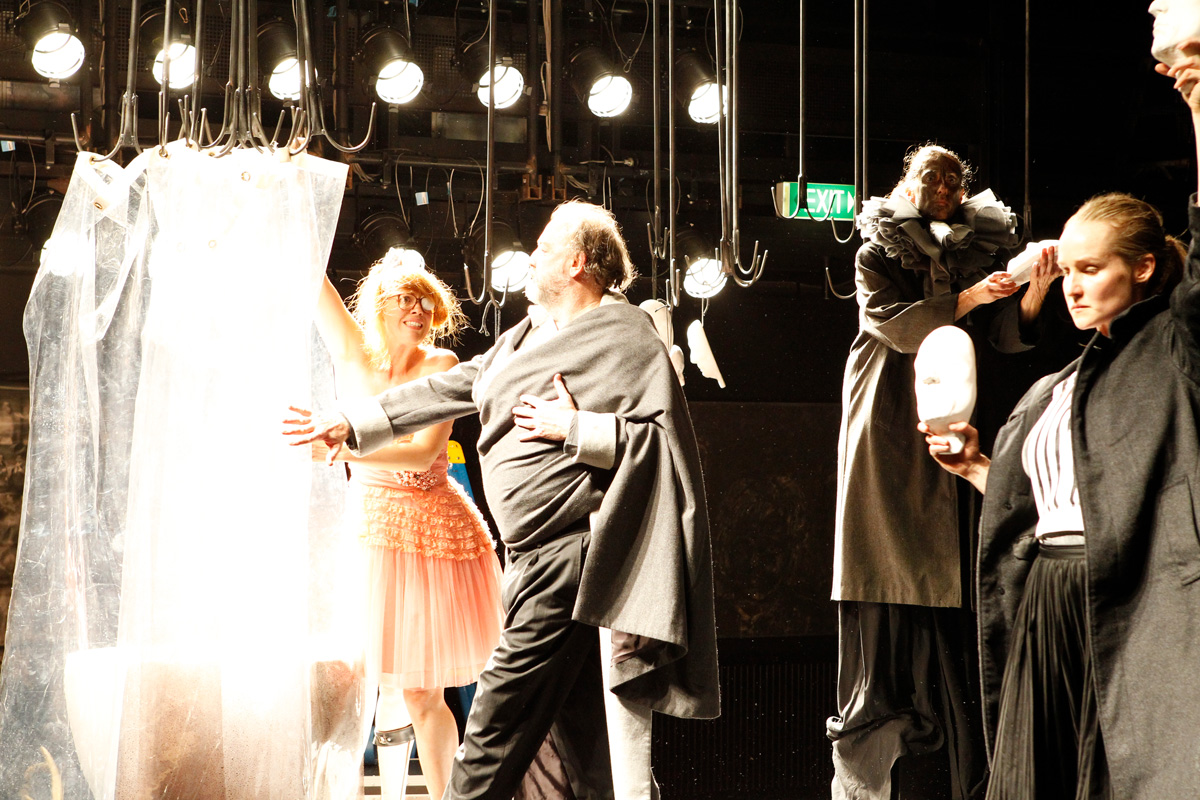 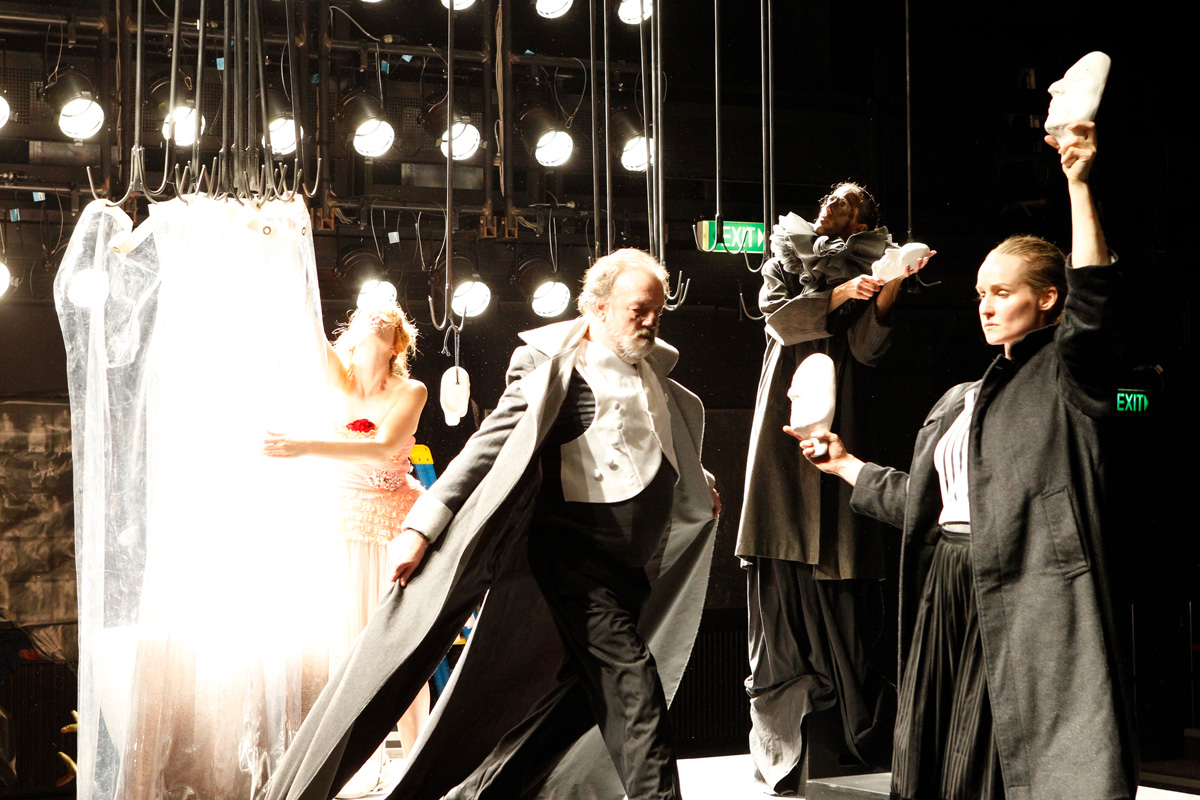 But what happens when a talent that knows no bounds is dropped into a tiny hamlet more notable for the number of local pigs than its appreciation of the theatre?

Playwright Thomas Bernhard, himself a relentless self-mythologiser and one of the great writers of the twentieth century, takes no prisoners in this rampage of satire on art, celebrity and the cult of personality.

In Bruscon is crystallised the artist whose head won’t fit through doors — an ego that has outgrown reality itself. But beneath the wit lies the profound concern about how such monsters are created, and why their excesses provide us with an endless, grotesque fascination even while we abhor them.

“Almost all of the text belongs to Bille Brown, who gives what must be the performance of his life. He is all the colours of the histrionic, with the deeper black of sorrow rising up within his acting like silt, until he is trapped in a final, tragically absurd stillness… It’s exhilarating to see a play of this intransigent quality given such an intelligent, unapologetic production. Unmissable.”

“… it’s a truism to say there is good theatre and bad theatre; and most theatre falls somewhere in between. Then there are the nights of magic; theatre which is so special and exhilarating that you scarcely dare talk about them for fear of discovering how the magic was done, and destroying the illusion. These nights are few and far between and, like a child allowed to stay up late, you don’t want the night to end.

Opening night of Bernhard’s play The Histrionic falls into that last category.”

“The Malthouse/Sydney Theatre Company production of Thomas Bernhard’s 1984 play The Histrionic is, apparently, the first professional production of Bernhard’s work anywhere in Australia. The transparency of Daniel Schlusser’s triumphant production makes you wonder what the problem was: why did we have to wait so long? The Histrionic is so manifestly a brilliantly written play, gripping from its beginning to its extraordinary final moments. It’s outrageous, sadistic, hilarious, brutally bathetic, playfully and powerfully theatrical.”

“This is a terrific production that makes no concessions to its audience. Schlusser has created a deliberately rough and frayed portrait of a man who needs his audience desperately. The theatrical stars have aligned to bring Brown and Bruscon together in an unforgettable performance of flawed beauty.”